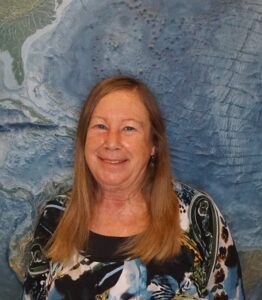 The interactions between physical and chemical processes that control mass transport in groundwater are of particular interest to me. My students and I employed a combination of field studies through which we can observe the effects of solute transport and transformation processes in real time, core and outcrop studies that provide data on hydrologic and geochemical properties of aquifer materials, and numerical modeling with which we can test our hypotheses about how groundwater systems operate. We have applied these techniques to questions related to groundwater/surface water interactions, naturally occurring and anthropogenic contaminants in shallow and deeper aquifers, and groundwater as a resource for both humans and ecosystems.

I served a term as Department Chair from 2005-08. Prior to retirement I also participated in a number of University programs including the Geological Engineering Program and the Nelson Institute for Environmental Studies, where I served as the chair of the Water Resources Management Program from 1995–99. I served as faculty co-director of the undergraduate Women in Science and Engineering Residential Learning Community from 2003–05. 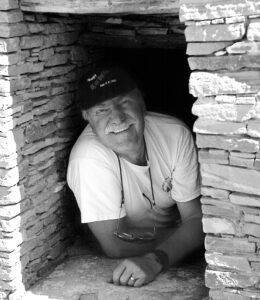 Professor emeritus Carl Bowser passed away on June 20, 2021.  Carl joined the Department in 1964 while completing  his PhD in geochemistry at UCLA.  He had obtained a BS degree from UC Riverside. This southern California native pursued research in both hard rock, and later low temperature, geochemistry for 36 years before retiring in 2000.  Among Carl’s many interdisciplinary pursuits, one that stands out was his leadership of the University’s long-term ecological research program (LTER) that integrated limnology, geology, hydrogeology, soil science, and botany perspectives on ecosystem dynamics in northern Wisconsin. Carl mentored dozens of graduate students who have pursued remarkably successful careers in academia. government, and industry.  He was a champion and leader for many years of the popular White Lake, Ontario, field course that remains, after more than 75 years, an important capstone opportunity for undergraduate students to gain field experience and confidence in their ability to do geology. Carl became an accomplished photographer in ‘retirement’.  Some of his work can be viewed at: http://www.silverpixelimages.com.  When news spread of Carl’s death, many current and emeritus faculty expressed how warmly Carl and Judy Bowser welcomed, supported, and mentored them as they moved to Madison to began their research and teaching careers. The genuine interest Carl held for helping junior faculty succeed remains greatly appreciated in Madison. Moreover, the Department misses Carl’s good-natured cheer and enduring smile.

My research interests focus on hydrothermal fluids throughout the crust and the ore deposits that form from, or are modified by, these fluids. Current interests include high-grade iron ores in Brazil, Australia and the Lake Superior region; both Carlin-type and low-sulfidation gold deposits in Nevada; PGE ores in the Duluth Complex and South Africa; and massive sulfide deposits in the U.S. and Canada. Fluid inclusions can provide direct samples of the causative fluids in all of these ore deposit types and continue to be an emphasis in many of my student’s studies. In addition laboratory work includes electron microprobe and SEM analyses, stable isotope analyses, and recently the magnetic properties of mafic igneous rocks.

My research interests lie along the boundary between sedimentology and paleontology. I have long been interested in the origin of shales: their depositional mechanisms and environments. Most of my work has dealt with the Interior Cretaceous section, with a few forays into the Paleozoic and Cenozoic. Most recently, a sedimentologic-geochemical study of the Mowry Shale in Wyoming has shown it was deposited by a combination of turbidity currents and pelagic settling. Along with shale studies, I have also pursued research into the deposition of the early Paleozoic orthoquartzite-carbonate suite of the craton, in collaboration with Emeritis Professor R.H. Dott, Jr. Our studies have shown that facies changes from eolian to marine depositional environments can be recognized within individual pure quartz sandstone formations. Our investigation of depositional environments of the Cambro-Ordovician strata in the northern Mississippi Valley has led to the development of a eustatic curve for the central craton. Conditions on the seafloor in Paleozoic time are revealed by physical sedimentary structures and also by the faunas and their biogenic structures. I have investigated the paleoecologic relations between the epifauna and infauna in Cambrian and Ordovician strata, as they bear on the history of biotic interaction.

The focus of my research is the analysis and interpretation of seismic data to better understand crustal and upper mantle composition, genesis and evolution. I have concentrated my efforts on three broad areas of investigation: 1) a study of oceanic crustal structure worldwide, 2) deep crustal structure in continental regions, and 3) P-wave and S-wave analysis of upper mantle seismic anisotropy. An exciting aspect of these investigations is that they are interrelated; progress in any area enhances the understanding of others. Through federal funding my students and I have developed an outstanding high-pressure facility for measuring physical properties of rocks under in situ crustal and upper mantle conditions. Studies of seismic properties of oceanic and continental rocks have provided much information on the petrology of the Earth’s crust and upper mantle. Our experimental capabilities have expanded steadily to keep pace with teaching and research needs. These efforts are helped tremendously by advances in computer hardware and software systems. Current major projects on which my graduate students and I are working are: 1) analysis and interpretation of seismic refraction data across the South Island of New Zealand; 2) seismic and physical property studies of accreted terranes in British Columbia, Canada; 3) studies of the nature of the layer 2-3 boundary of the oceanic crust; 4) upper mantle anisotropy and crustal structure of the Sierra Nevadas; 5) structure and seismic properties of the San Andreas Fault System in Southern California; 6) a study of the seismic properties of rocks from high pressure metamorphic terranes in China.

One advantage of living among Paleozoic-Mesozoic mountains is the opportunity to use conodonts in solving geologic problems. In the central Wasatch Mountains, the Cambrian Maxfield Limestone is unconformably overlain by the Late Devonian Fitchville Dolomite. The missing 150 my interval is said to be the result of tectonic activity that supposedly resulted in the removal of all Late Cambrian to Late Devonian sediment deposited in this area, which during the Paleozoic was close to the western shoreline of North America. I have always been interested in this tectonic event and the erosive power attributed to it. Is it possible that there is no Late Cambrian, Ordovician, Silurian or Early and Middle Devonian sediment remaining in the central Wasatch Mountains? Because unfossiliferous dolomites are the dominant lithology for the section in question, this summer we used the large sample size technique developed by UW grad Jeff Kuglitsch for his study of the Wisconsin Silurian. With the help of BYU graduate student Drew Derenthal and the BYU lab of UW grad Scott Ritter, two to four kg samples were taken at closely spaced intervals over a three meter span above and below the unconformity. To-date almost one half of the samples have been processed and our first results indicate the presence of Middle Devonian and possibly older Paleozoic rocks that until now have been assigned to the Middle Cambrian Maxfield Limestone. While I am still hoping to find Ordovician, our first results already modify the accepted interpretation of this Wasatch unconformity. January 2010

Present-day and past crustal deformation at scales ranging from global-scale to individual faults. I rely on a variety of marine geophysical, satellite-based, airborne, seismologic, and geodetic data for my work. My present program has field and modeling components, with significant emphasis on the seismic cycles and faulting mechanisms of subduction zones.

My primary research interests lie in application of stable and radiogenic isotopes to study of ancient life and crust and mantle evolution. This includes topics ranging from astrobiology to the origin of igneous rocks and evolution of volcanic systems. I am also interested in mountain building and metamorphism, as well as low-temperature studies involving diageneis, sedimentary provenance, migration of ancient people, and geomicrobiology. 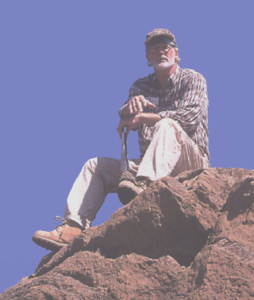 Since retiring from teaching in 1998, I have been fortunate to continue doing research due to the collaboration and support of many colleagues. I am a petrologist, who investigates the origin and evolution of a diversity of rock types, including:

Most recently (2021), eight coauthors and I have identified and characterized the geon 14 Baraboo orogeny, a major episode of magmatism, deformation and metamorphism, and sedimentation in the midcontinent, which provides a link between the Picuris orogeny to the southwest and the Pinware orogeny to the northeast, completing the extent of early Mesoproterozoic orogenesis for 5000 km along the southern margin of Laurentia.

A list of my publications can be found here.

Modern glacial processes, Pleistocene stratigraphy and various aspects of applied geomorphology are my primary interests. My students and I have worked on the genesis of glacial deposits in Scandinavia, New England, Alaska, and the Midwest, in particular, on the origin of drumlins and other glacial landforms. Paleoglaciology is a major field of interest. In particular, we have been trying to reconstruct the nature of the southern margin of the Laurentide Ice Sheet and the Scandinavian Ice Sheet during the last glaciation. I am also interested in applied aspects of Quaternary geology. Several Geological Engineering and Geology students have worked on shoreline erosion and slope stability problems along Lake Michigan and Lake Superior. Much of this work is in cooperation with other faculty and students in Geological Engineering. In recent years we have been developing ideas of lake bluff evolution and ways of predicting bluff instability by incorporating geologic studies into a slope stability model. Other students have completed theses on hydrogeologic and geotechnical properties of glacial deposits in Wisconsin. In particular, we have been interested in what characteristics of glacial deposits are most important in controlling the movement of groundwater and contaminants. We have an on-going projects in the Uinta Mountains in Utah studying glacial, fluvial, and landscape history, in Tibet, Argentina, and Wisconsin. Although I have retired from classroom teaching I continue to work with graduate students and have an active research program.

Professor Thurber is an international leader in research on three-dimensional seismic imaging (“seismic tomography”) using earthquakes. His primary research interests are in the application of seismic tomography to fault zones, volcanoes, and subduction zones, with a long-term focus on the San Andreas fault in central California and volcanoes in Hawaii and Alaska. Other areas of expertise include earthquake location (the topic of a book he edited) and geophysical inverse theory (the topic of a book he co-authored).

My research interests span many fields in Earth Science, including: Crustal evolution, 4.4 Ga to present. ERC Synergy Grant 2020–26; the igneous and metamorphic evolution of the crust during orogenesis with emphasis on the role of magmas, fluids, and thermobarometry; precambrian geology and Early Earth; Silicate and carbonate diagenesis; the rock record of past climate; astrobiology; mineralogy & gemology; new technology for microanalysis of stable isotope ratios.