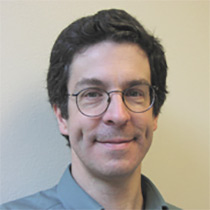 The rhyolitic volcanoes at Laguna del Maule, Chile, are currently deforming at exceptionally rapid rates likely due to the addition of significant quantities of magma into the crust at shallow depths. This area has experienced cataclysmic eruptions in the past, and offers a unique chance to explore the dynamics of rhyolite, the most explosive magma type, before the next eruption. During this five-year project, an international team will explore the evolution of the volcanic field using geochemistry and geophysics to create a model of subsurface activity. Our ultimate goal is to fill in the many blank spaces about what occurs during the centuries and decades that precede the biggest eruptions on Earth.

Okmok volcano in Alaska appears to erupt every decade or so, most recently in 1997 and again in 2008. Its activity has been monitored using modern methods, forming a rich observational data set. The investigators are developing a geophysical model that should explain the timing and location of most of the observed activity. The new information from this study will be directly relevant to understanding time-dependent volcanic hazard posed by Okmok and other, similar volcanoes lying beneath the heavily-used north Pacific air traffic corridors. The same type of model should be applicable to other volcanoes displaying cyclic activity, such as Westdahl in Alaska or Hekla in Iceland. More..

Months of volcanic restlessness preceded the eruptions this spring of Icelandic volcano Eyjafjallajökull, providing insight into what roused it from its centuries of slumber. An international team of researchers analyzed geophysical changes in the long-dormant volcano leading up to its eruptions in March and April 2010. In a study published in the Nov. 18, 2010, issue of the journal Nature, the scientists suggest that magma flowing beneath the volcano may have triggered its reawakening. Read the article in Nature: http://dx.doi.org/10.1038/nature09558
Supplementary information published in Nature

RAPID InSAR response to [2010] volcanic eruption in Iceland: The explosive volcanic eruption at the Icelandic volcano Eyjafjallajökull began on April 14, 2010. The fallout disrupted human activity across Europe. The researchers are monitoring the activity at both Eyjafjallajökull and Katla volcanoes, focusing on interferometric analysis of synthetic aperture radar images (InSAR) acquired by the TerraSAR-X, Envisat, and ALOS satellite missions. The researchers redeployed three broadband seismometers to locations within 15 km of the center of the volcanic edifice at Eyjafjallajökull during June and July, 2010. More

Brett Carr defended his M.S. thesis in 2008 on “Geodetic Measurements and Numerical Models of Rifting in Northern Iceland for 1993-1999”.

Hélène Le Mével is a graduate student pursuing a Ph.D. on the Laguna del Maule volcanic field in the southern Andes.

Summer Ohlendorf began working as a graduate student advised primarily by Cliff Thurber in September 2008. I serve on her G&E committee. We have been working on a study entitled, “Geodetic Measurements and Mechanical Models of Cyclic Deformation at Okmok Volcano, Alaska [Feigl, Masterlark, Lu, Ohlendorf & Thurber, abstract submitted to AGU Fall Meeting, 2009].

Aaron E. Masters began working as a graduate student under my joint supervision with Prof. Herb Wang in September 2009. We are applying InSAR to anthropogenic subsidence around geothermal fields in Iceland.

Shannon Graham is working on measuring and modeling crustal deformation in Mexico under the supervision of Chuck DeMets.

Rachel Murphy completed a M.S. working with Cliff Thurber  on seismological studies of Alaskan volcanos. I served on her G&E Committee.

Michael Pavolonis completed his Ph.D. in the Department of Atmospheric and Oceanic Sciences (AOS) advised by Prof. Steve Ackerman. I served as the external member of Mr. Pavlonisis’ Ph.D. committee.

Kate Smith Kate Smith was a graduate student advised by Brad Singer. In 2010, she defended her MS thesis entitled, “Th isotopic constraints on evolution of Santa Maria-Santiaguito volcano, Guatemala”. I served on her G&E Committee.

Jana Van Alstine, a graduate student advised by Alan Carroll, took her preliminary exam in May 2008, presenting a prospectus entitled, “Triassic-Jurassic stratigraphic evolution of the non-marine Ordos basin, north-central China”. I served on the examining committee.

Collaborations with doctoral students and post-docs

Gilbert Ferhat completed his Ph.D. thesis at the Université Paul Sabatier in Toulouse in 1997 on measuring present-day deformation of the southern French Alps by comparison of GPS and triangulation measurements,

Duong Chi Cong performed research in Toulouse  from 1995 to 1997 on measuring the present-day deformation of the southernmost segment of the Red River Fault by comparison of GPS and triangulation measurements. This work led to his doctoral degree in Hanoi, Vietnam in 2000.Benoît Legresy worked as a post-doc in Toulouse the year following his thesis in 1999 on the measurement and optimal analysis of the Antarctic contribution to sea level.

Jêrome Gasperi completed his Ph.D. thesis at the Université Paul Sabatier in Toulouse in 1999 on INSAR measurements of seismo-volcanic deformation around the Hengill volcanic center in the South Iceland Seismic Zone.

Andreas Kohlhase worked from 1999-2002 as a post-doc on empirical modeling of tropospheric perturbations and orbital effects in SAR interferograms.

Rikke Pederssen completed her Ph.D. thesis at the University of Iceland in 2004, on INSAR analysis of active deformation in Iceland using ERS.

Etienne Berthier completed his Ph.D. thesis at the Université Paul Sabatier in Toulouse in 2005 under the supervision of Frederique Rémy and Yves Arnaud.

Carolina Pagli completed her Ph.D. thesis at the University of Iceland in 2006, on INSAR measurement and finite-element modeling of active deformation in Iceland.

Cristina Catita defended her Ph.D. thesis at the Faculty of Science in Lisbon in 2006, on SAR remote sensing under the supervision of Joao Catalao and J. Miguel Miranda

Salvatore Virdis is working toward a Ph.D. thesis at the University of Sienna, Italy under the supervision of  Leonardo Disperati and  Riccardo Salvini, on measuring subsidence in the Lucca plane of central Italy with INSAR.

Loic Dubois completed his Ph.D. at the Université Paul Sabatier in Toulouse in 2006 on applying  the finite-element method to model co- and post-seismic deformation and stress in the South Iceland Seismic Zone.

Samuray Akarvardar completed her a Ph.D. thesis in 2008 at both Université Paul Sabatier in Toulouse and Istanbul Technical University in Turkey on satellite radar interferometry measurements of crustal deformation around Istanbul.

Abdelilah Tahayt completed his Ph.D. thesis in 2008 at both Université Paul Sabatier in Toulouse and Abdelmalek Essaadi University in Morocco, under the supervision of Prof Taoufik Mourabit and Alexis Rigo on the topic of remote-sensing observations of the M 6 earthquake near the city of Al Hoceima, Morocco in 2004.

S. Tabrez Ali successfully defended his Ph.D. thesis at Purdue on 23 September 2009. He began working October 2009 as a post-doctoral scientist at UW on the NSF grant entitled “Collaborative research: Geodetic measurements and mechanical models of rifting in onshore segments of mid-ocean ridges” of which I am principal investigator with Tim Masterlark (U. Alabama).