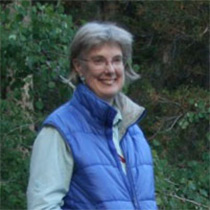 The most significant deformation of the earth’s crust is accomplished by major fault systems that extend into shear zones at depth. The central focus of my research is to understand how such brittle-to-ductile systems evolve in both space and time. This requires consideration of the mechanical behavior of earth materials at a range of depths, from granular porous media at the surface to crystalline rocks in the lower crust. I am particularly interested in:

In general, I link observations made at different scales in order to solve specific problems. My work is rooted in detailed mapping and structural analysis, which forms the foundation for a range of laboratory analyses. Members of my research group and I routinely conduct microstructural and petrologic analyses using light and electron beam microscopy to investigate deformation mechanisms, alteration/metamorphism, and relative timing of deformation events. We are fans of isotopes, using radioisotopic analyses to constrain both the timing of deformation events and time-temperature histories of terranes of interest. Stable isotope analyses allow us to evaluate fluid sources and better understand fluid-rock interaction. We also use a range of tools to quantify material properties that control the hydro-mechanical behavior of rocks and sediments.

The SG&T research group’s facilities encompass all scales of analysis and reflect our collaboration with other research groups in the Department of Geoscience.